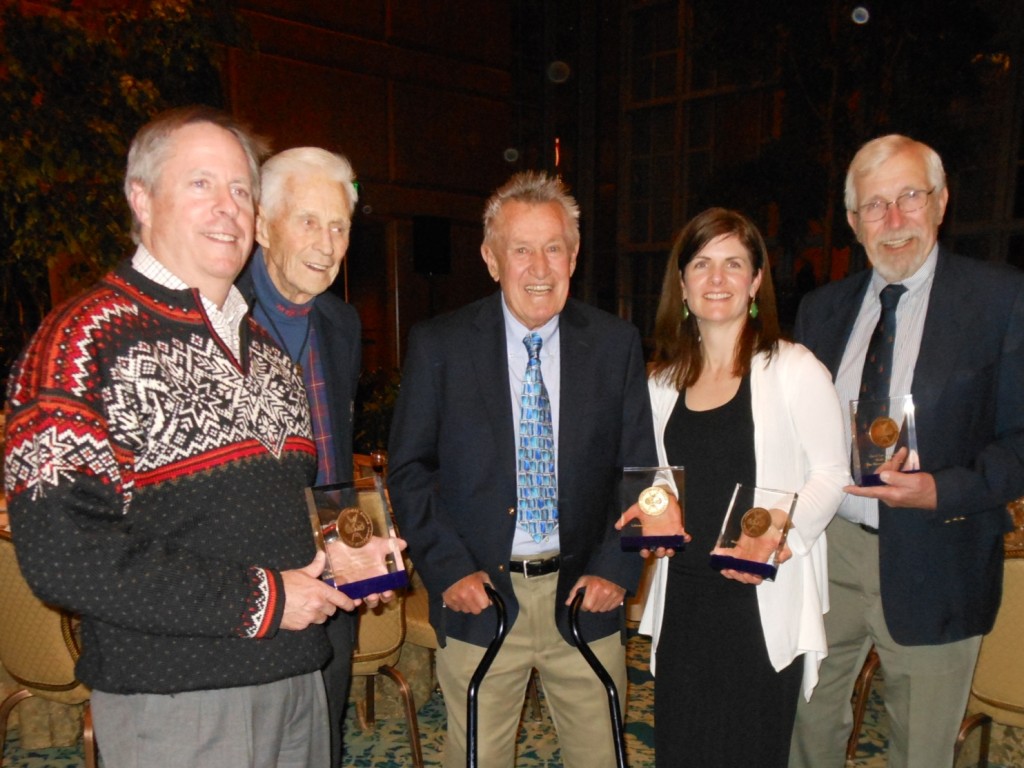 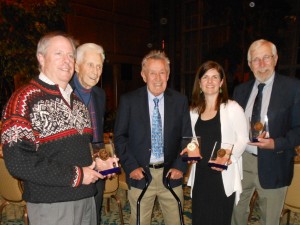 “The state was a notable hotbed of skiing and ski industry development in the 1930s and 1940s,” said Jeffrey Leich, executive director of the New England Ski Museum in Franconia, New Hampshire. “ISHA’s awards to three books on New Hampshire ski history, and the Hall of Fame’s induction of three people with links to the state reflect the outsize influence of our small corner of the northeast.”

ISHA presented the Skade Award to three books on New Hampshire ski history: “A History of Cannon Mountain: Trails, Tales and Skiing Legends” by Meghan McCarthy McPhaul, “Over the Headwall: A History of Skiing in Tuckerman Ravine” by Jeffrey R. Leich, and “The History of Gunstock: Skiing in the Belknap Mountains” by Carol Anderson.

The Skade Award, named after the Norse goddess of skiing and winter, is presented to outstanding books on regional ski history.

Cannon and Gunstock are among the oldest ski areas in the country, and Tuckerman Ravine, on Mount Washington, has been a skiers’ favorite since the sport emerged in New England in the early 1920s.

ISHA historian Morten Lund reviewed each book prior to the Writers and Filmmakers Awards Banquet, held April 13 at the Fairmont Olympic Hotel. In “A History of Cannon Mountain,” Lund said, “The author’s talent in writing the oft-neglected biographies of Cannon’s pioneer skiers and developers in such delightful detail is commended and certain the reader’s good fortune.”

Lund called “The History of Gunstock” an “extensively researched ski history” that reveals detail about the area which had the first chairlift in the East and is home of Olympic racer Penny Pitou.

Bob Beattie, the legendary ski coach and television commentator who grew up in Manchester, New Hampshire, received lifetime achievement awards from both ISHA and the North American Snow Sports Journalists Association during the ISHA awards banquet.

The following evening, three men with direct ties to New Hampshire skiing became honored members of the U.S. Ski & Snowboard Hall of Fame during an induction ceremony at the Bell Harbor Events Center.

Phil Gravink, of Jackson, New Hampshire, made his foray into ski area administration in 1956, when he founded the Peek N’ Peak Ski Area in upstate New York. He went on to serve as CEO of Loon Mountain and Attitash, both New Hampshire ski areas, and was actively involved in the National Ski Areas Association and the American Society for Testing and Materials for many years. He currently sits on the board of the New England Ski Museum.

Joe Pack learned to ski in New Hampshire, where he started ski jumping as a youngster. His family later moved from Hopkinton to Park City, Utah, where he honed his skills as an aerialist. Pack’s ski jumping career culminated with a silver medal in the 2002 Olympics in Deer Valley.

Tyler Palmer, of Kearsarge, New Hampshire, grew up skiing at Mount Cranmore. He was a star on the World Cup circuit and the World Pro Ski Tour during the 1970s and competed in the 1972 Olympics in Sapporo, Japan.