More than a quarter century after he created the prestigious BEWI Award which honors pioneers of skiing and the ski industry, ski and snowboard expo producer Bernie Weichsel will receive the New England Ski Museum’s Spirit of Skiing award in recognition of his influence in popularizing the sport. The award to Weichsel will be presented at the ski museum’s 35th Annual Meeting and Dinner at Wachusett Mountain Resort in Princeton, Massachusetts on November 17, 2012. 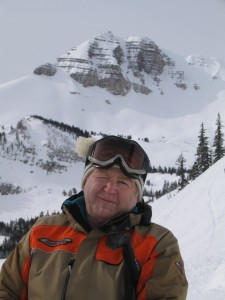 The Spirit of Skiing award is given annually to a person who embodies the adage put forth by ski pioneer Otto Schneibs that “skiing is not just a sport, it is a way of life.” Previous honorees have included Tom Corcoran, Stein Eriksen, Herbert Schneider, SE Group, Penny Pitou and Georg Capaul.

Formerly a member of the board of directors of the ski museum himself, Bernie had a role in the naming of the award he will receive in November. “It was 2006, and we were casting around for a name for the award, which we would present to Tom Corcoran at our next meeting,” recalled museum director Jeff Leich. “Bernie was visiting the museum on his way to a hike up to Greenleaf Hut, and as we were browsing through the exhibit, Bernie saw the term “spirit of skiing” in a display and thought it would be a good name for the award. We never looked for any other.”

Bernie first skied at age four at Belleayre Mountain in the Catskills, and became a lifelong skier. The son of a butcher and owner of the Weichsel Beef Company, Bernie made several good faith efforts to take up management of the family company in between stints at the Colorado School of Mines and as a Vail ski bum, but the call of skiing won out and in 1979 he founded BEWI Productions, Inc. to produce events modeled on the ski shows run by Harry Leonard and Jerry Simon that he had worked in college. He burnished his reputation as an impresario of events by managing the National Ski Areas Association trade shows, and by starting SKI USA, which marketed some of the largest American ski resorts throughout the world.

BEWI Productions is the organization behind consumer ski and snowboard expos in Denver, Minneapolis and Boston, which collectively attract audiences in the hundreds of thousands each year.

As an established figure in the ski industry, Bernie got involved with a number of non-profit ski history organizations, beginning with the New England Ski Museum. After retiring from that board, he joined the boards of the International Skiing History Association and the US National Ski and Snowboard Hall of Fame and Museum, where he is currently chairman. Under Bernie’s leadership the Hall of Fame Induction Ceremony has been held at various locations around the country, including most recently Sun Valley and Seattle. He is presently working with those two allied organizations to create a new showcase of ski history in downtown Denver which will combine the Beekley Collection of Skiing Art and Literature with snowsports artifacts and displays from several ski museums.

The directors of the New England Ski Museum enthusiastically anticipate honoring Bernie Weichsel, who has done so much for the ski and snowboard industries, and who has been the founder and presenter of the BEWI Award for 26 years and counting. Board members feel that it is time for the ski world to return the favor.

Reservations for the event may be made by calling the ski museum at 800-639-4181, or by visiting http://newenglandskimuseum.com/events/ . The cost of the dinner is $75 per person before October 1 and $90 thereafter. Sponsored tables of 10 with preferred seating and banner display can be reserved for $800 before October 1 or $1000 after that date. A limited number of rooms at the nearby Wachusett Village Inn are available to participants at $99.00 per room plus tax and service charge; reservations for those rooms can be made by calling 978-874-2000.