April 16, 2014 marks the passage of 75 years since the last true American Inferno, held on Mount Washington, New Hampshire in the spring of 1939. That the relatively insignificant local ski competition is still remembered today is due to the last-second decision of one of the racers, recent Austrian immigrant Toni Matt, to straighten his line slightly above the breakover of the Tuckerman Ravine headwall where the angle steepens. His resulting plunge into the ravine’s bowl carrying speed from above has never been repeated, and still inspires awe. 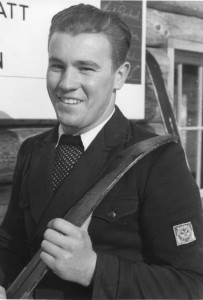 The deep snowpack of the late winter of 1939 led several veteran skiers to propose the top to bottom race a short three weeks before it took place: “”Last week as we stood on Bear Mountain and viewed the complete snow covered beauty of Mt. Washington, there was a hew [sic] and cry from the old guard that we must revive…the old down Mt. Washington Race from Summit to Pinkham Notch,” wrote Alec Bright to the White Mountain National Forest Service supervisor. 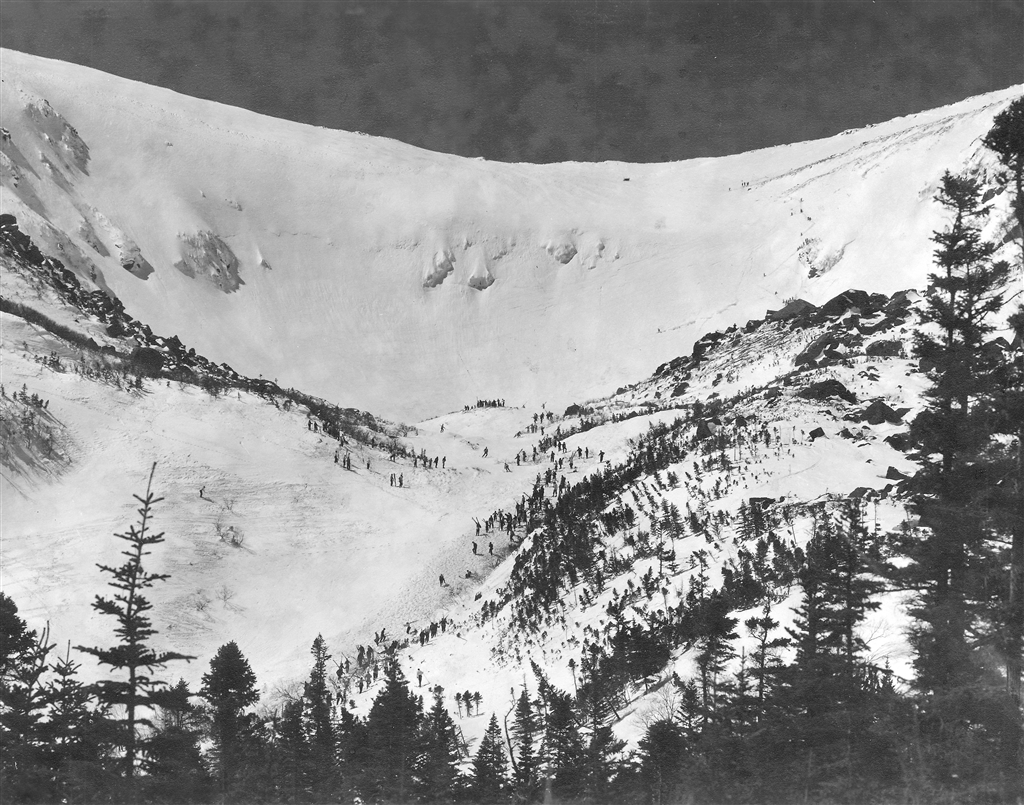 Tuckerman Ravine on April 16, 1939. The Inferno racers skied the Lip, in the center right of the photo. Victor Beaudoin photo. 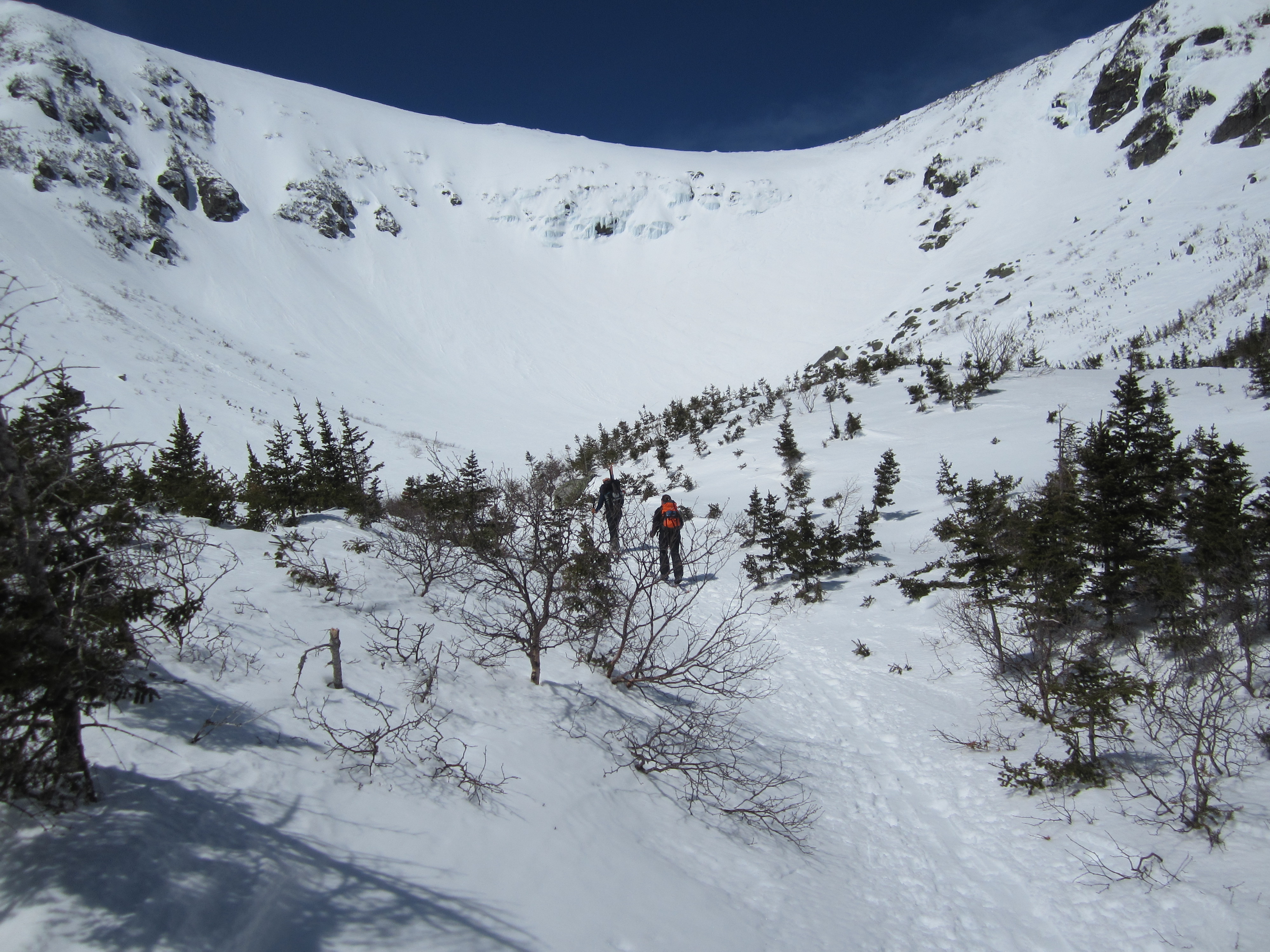 Tuckerman Ravine on April 11, 2014. The Lip is between the ice in the center and the rock band to its right. New England Ski Museum photo.

The snow cover on the day of the race was recorded in photographs by Winston Pote, Adrian Bouchard, Victor Beaudoin and others, and comparisons with contemporary snapshots of the same areas in the relatively snowy spring of 2014 reveal just how great the 1939 snowpack was.

Nearly 50 years later, Matt recalled the moment at a New England Ski Museum event. “I figured maybe making three turns and then running straight. I did make three nice turns….  I went right and then left and right and then said, well, now is the time to straighten them out.  So I did and I kept waiting.  Finally I dropped over the Lip…. 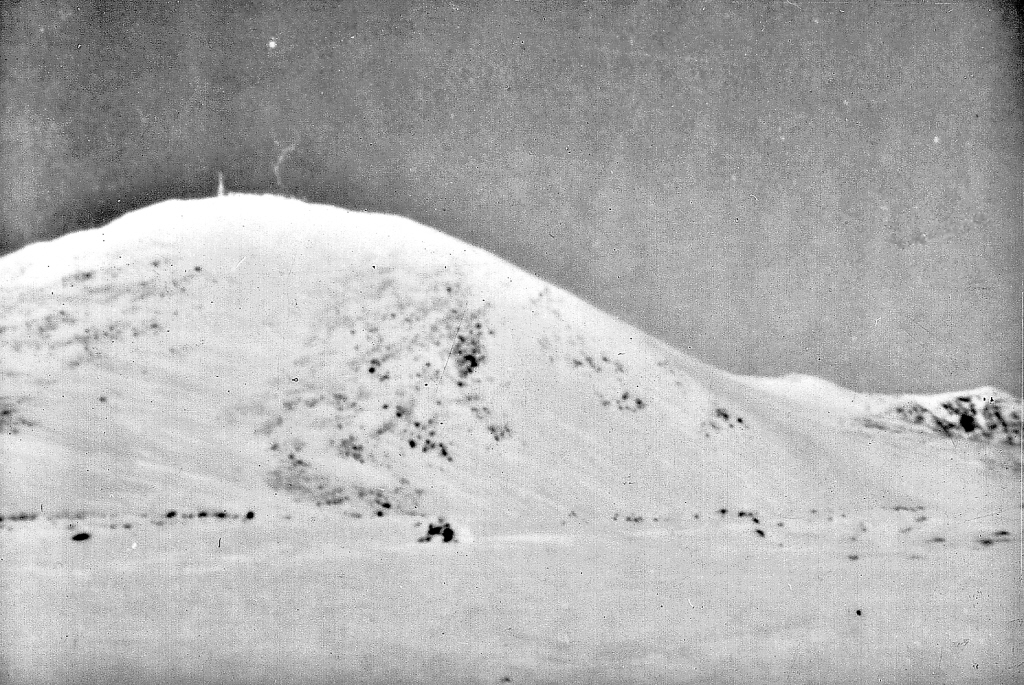 The summit cone of Mount Washington on April 16, 1939. The Inferno came down the snowfield below the summit antenna. Gus Gay photo. 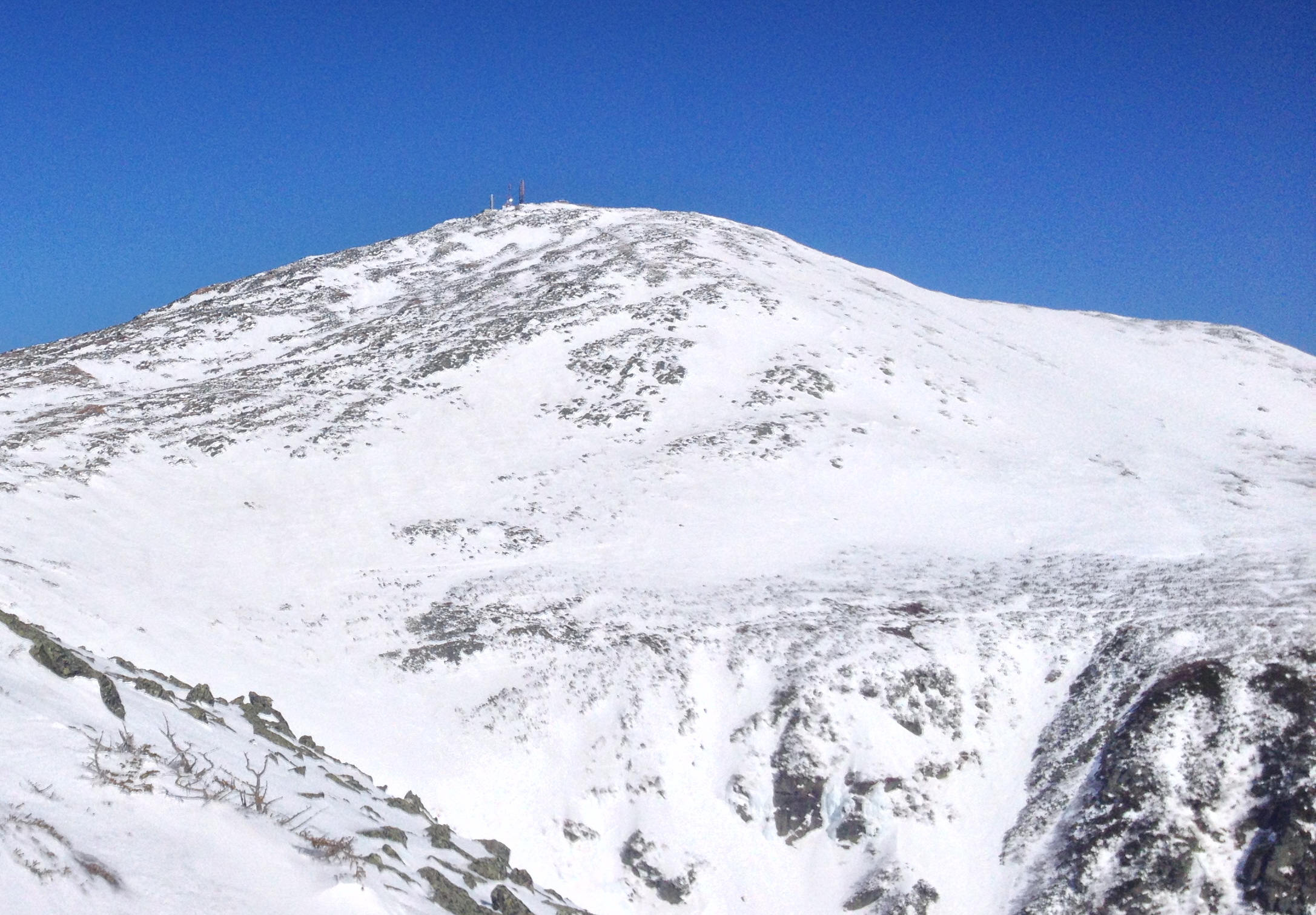 So I schussed on top of the Lip, went over it, and by that time, you’re doing maybe 80 miles an hour and there’s no sense in turning, especially if you can’t turn well. So you say, well, you might as well go straight, you know, and hope for the best.  So [I] went straight and hoped for the best.”

“So I went down the Sherburne Trail and I remember there was some S turns down there.  Of course, by that time you’re about three and a half miles, you know, and even at 19 you got kind of tired, and there was one turn, the last one of those S turns and you pushed your way out, and I saw this tree coming up and, man, I just made it.  I’ve still got bark in my parka.” 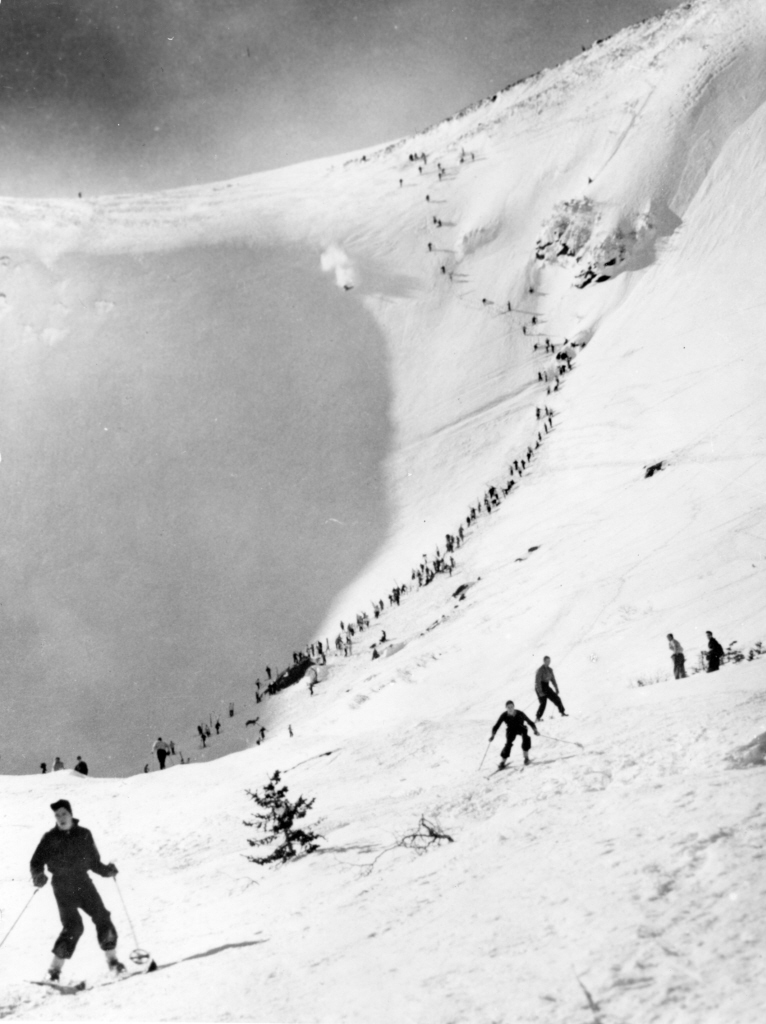 A racer in the 1939 Inferno starts down the Headwall. Winston Pote photo. 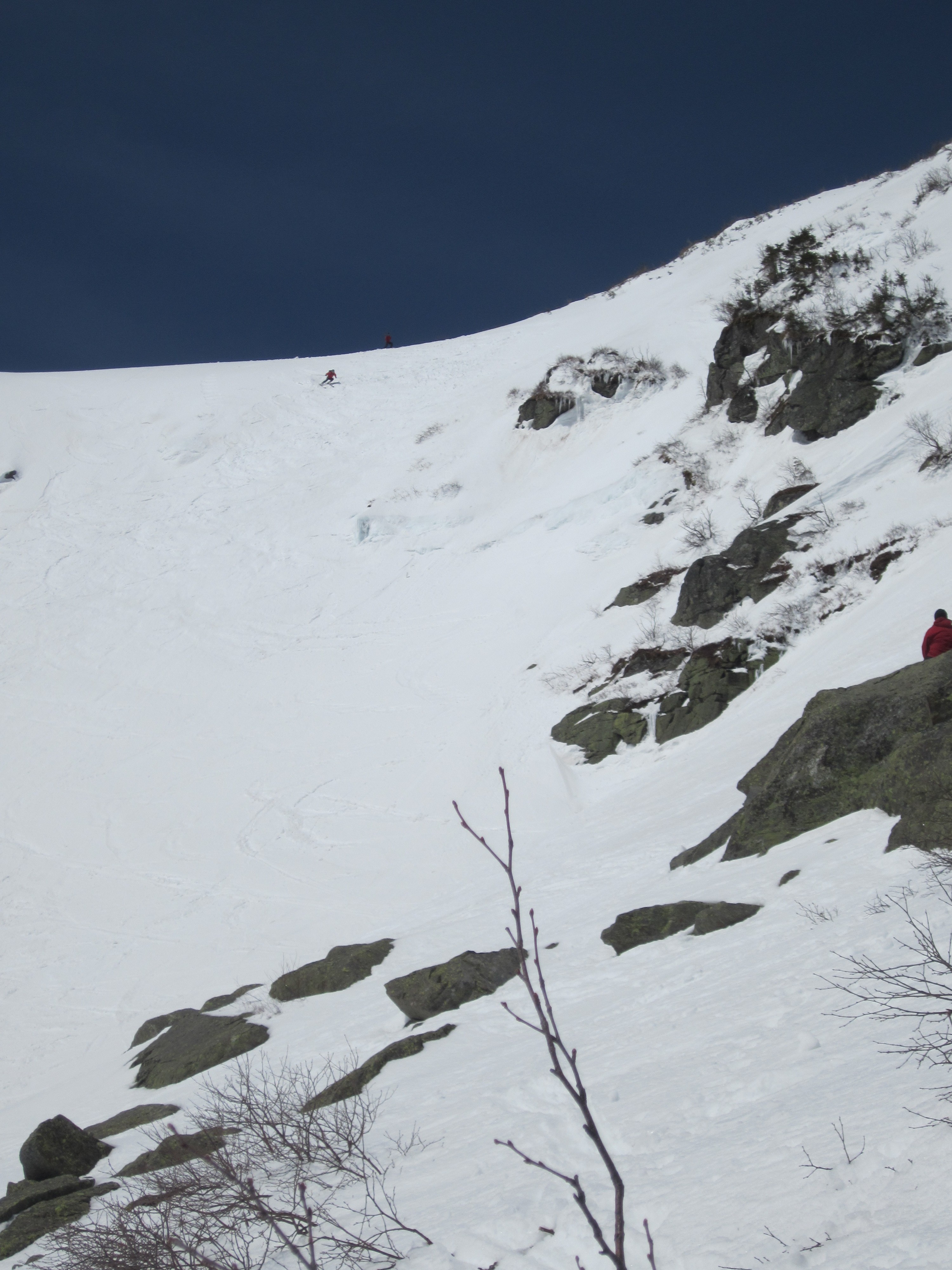 In the months before the Inferno, Toni Matt, just coming into his own as a top downhiller, won the Sun Valley Open Downhill, the Mount Greylock No-Fall Race, the Eastern Downhill Championships at Stowe, the Hochgebirge Downhill at Franconia, and the National Downhill Championships at Mount Hood. And yet, it was the 1939 American Inferno that became Matt’s defining legend, to his bemusement. “To me, somebody said, well was the impact great?  It wasn’t.  You know, I won the nationals twice.  I won the FIS … Now every March or April, I pick up a magazine and there’s Toni Matt schussing the Headwall.  You know, it has steam rolled…there is a romance about this thing…”

Seventy five years on, the romance that Matt recounted at that 1989 meeting in the Eastern Slope Inn has yet to be forgotten.