It was 75 years ago this December that Hannes Schneider assumed the reins of his ski school at Mount Cranmore in North Conway. Although he had arrived in the US in February 1939, he allowed his Austrian protégé Benno Rybizka to continue as ski school director for the remainder of the ski season. 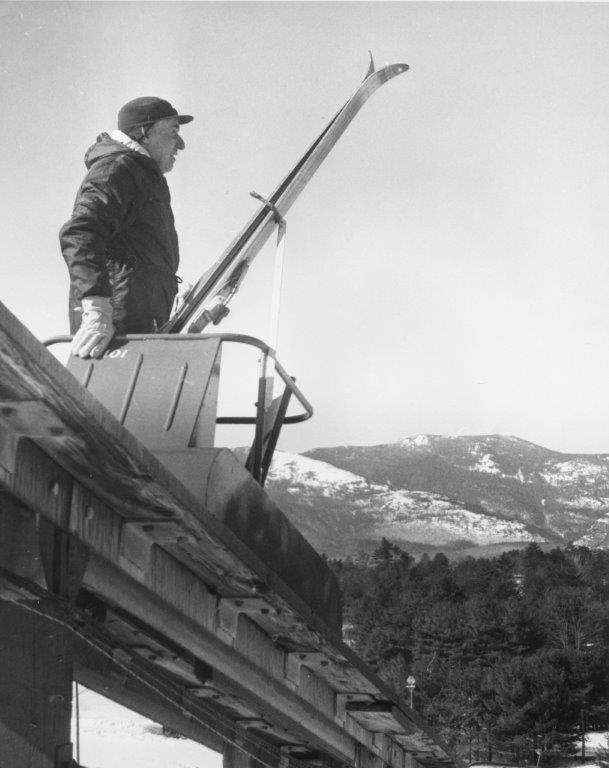 The New England Ski Museum’s Hannes Schneider Meister Cup Race honors the memory and legacy of Hannes Schneider, and the 2015 event on March 7 will be the 19th annual celebration. The race and associated activities benefit the Franconia Notch ski museum and bring together hundreds of people to applaud ski history, Mount Cranmore, the Schneider family, and the 10th Mountain Division in which some of Schneider’s instructors enlisted.

Mount Cranmore was preparing for its second year of operation in the summer and fall of 1939, and Schneider’s impact was being felt as the North Slope was cut and the Skimobile extended to the summit of the mountain, two improvements that the Austrian ski pro had identified as necessary in his first look at the resort just after his arrival in February. 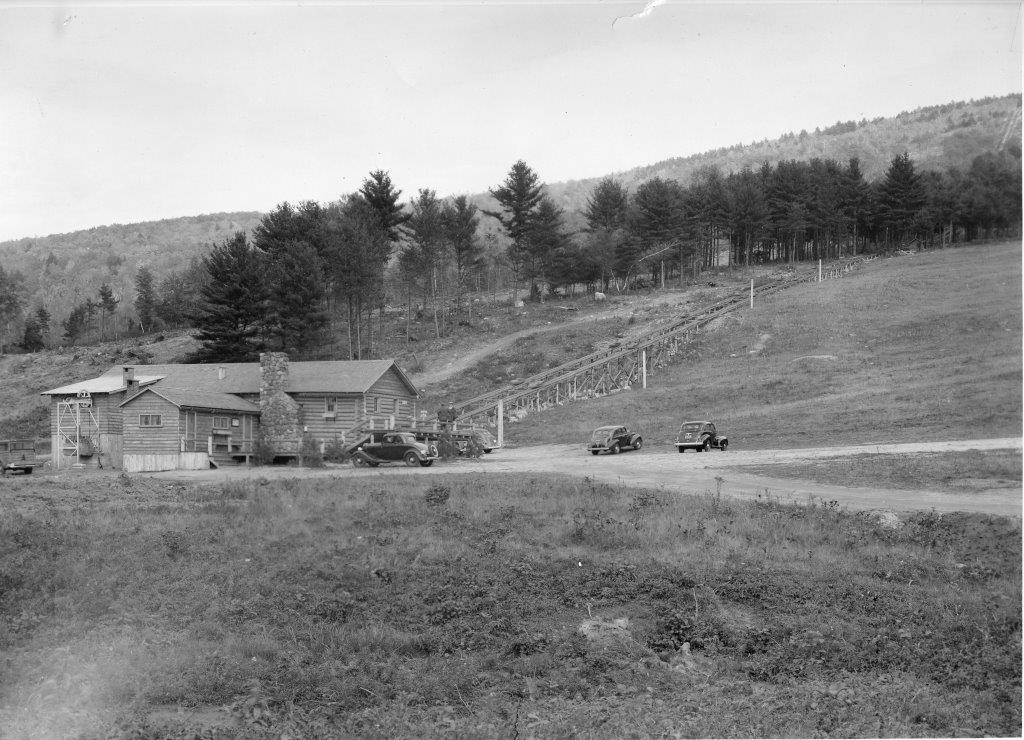 The newly-cut North Slope can be seen behind the base lodge in this photograph of Cranmore. The log walls of part of this building can still be seen in the main base lodge at Cranmore today.
Courtesy of North Conway Public Library

A crew from the Works Progress Administration was at work on the North Slope project in the summer, but minutes of the Cranmore board of directors note that progress was slow, so the company hired an additional forestry crew at 40 cents per hour to trim the forest growth in order to create an open slope reminiscent of the expansive snowfields that Schneider knew from his St. Anton home.

The extension of the Skimobile to the Cranmore summit, which was a wholly separate installation from the lower Skimobile, also proved problematic in the fall of 1939. Some of the grips that held each Skimobile car to the wire rope under the wooden trestle that provided the motive power of the ski lift did not clamp to the cable correctly, allowing cars to slide backward from time to time. In addition, small breaks in the cable were found under many of the grips. Despite the involvement of representatives of American Steel and Wire Company, the cable supplier, Phil Robertson of Cranmore improvised a solution by covering each grip where it met the cable with a piece of rubber hose held in place by friction tape.

Hannes Schneider’s first Christmas vacation in America found him frustrated with the lack of snow, so little that he could only hold ski classes on a nearby golf course.

“Unfortunately, I cannot make snow. That would certainly be a business here”, he wrote a friend on New Year’s Day, 1940, pinpointing a missing essential in the New England ski scene that would be filled decades later at Cranmore by his son Herbert.

Nonetheless, as the decade of the forties dawned, Hannes Schneider was no longer a prisoner of European politics, but a free man in America.

The Hannes Schneider Meister Cup race is a dual giant slalom format race open to all ages, abilities and equipment types. It is the anchor event for a daylong celebration of ski history at Mount Cranmore encompassing an opening ceremony, silent auction, ice carving demonstration, vintage clothing fashion show, plentiful hearty food, and music by the Bavarian Brothers Band. More details can be found at http://newenglandskimuseum.org/events/hannes-schneider-meister-cup-race/.