Each season the New England Ski Museum presents this award to the most promising male and female junior alpine racers in the Eastern US. The Golden Ski is on permanent display in the Museum’s Franconia branch. The 2020 and 2021 awards will be presented at the Museum’s annual meeting and dinner at the Omni Mount Washington Hotel in Bretton Woods, New Hampshire on November 13, 2021.

Ava, from Edwards Colorado and Burke Mountain Academy, posted great results during this challenging Covid-19 pandemic season, earning her a nomination for the 2021/2022 US Ski Team’s Developmental Team. It all started with a 3rd place finish in slalom at Berchtesgaden-Jenner, Germany and 2nd and 3rd place finishes in both giant slalom races at Passo San Pellegrino, Italy. She continued by winning 3rd place in Alpine Combined at Garmisch, Germany. She then returned home to compete in the US Nationals at Aspen, Colorado where she was 2nd Junior and 4th overall in the Downhill. This amazing performance was her first ever downhill. Ava continued with a 3rd place overall in the Alpine Combined. 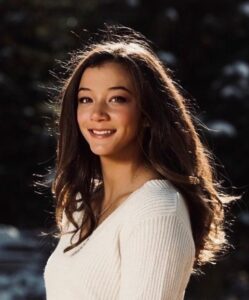 This is Ben’s fourth Golden Ski Award. He navigated this very stressful, challenging Covid-19 season with great results starting with a Europa Cup victory in slalom at Meiringen Hasliberg, Switzerland, followed by the slalom Gold Medal at the prestigious World Juniors in Bansko, Bulgaria. Ben then continued to win at the US Nationals in Aspen, Colorado with the slalom Gold. He has been nominated for the 2021/2022 US Ski B Team. 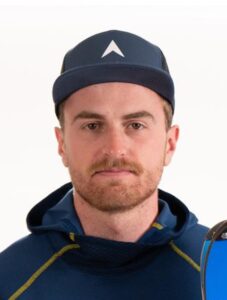 About the Golden Ski Award

The Golden Ski Award has been presented to the top junior male and female skiers in the East since 1969, the year after the modern World Cup circuit started. Many of the Golden Ski winners have gone on to World Cup and Olympic gold as well. In 1975, the Golden Ski was “lost.” In 2007, when the New England Ski Museum was given some artifacts including the original Golden Ski Award, the Eastern Ski Writers Association revitalized the honor that it originated in 1969. “The Golden Ski Award is the oldest honor given to junior alpine ski racers that exists today,” says Jim Gregory, Chair of the New England Ski Museum’s Golden Ski Award Committee. “We are proud this year to honor Ava Sunshine Jemison and four time winner Ben Ritchie, two extraordinary athletes. We look forward to watching them pursue their goals and set the bar even higher in the sport we all love.”