The 2020 Hannes Schneider Meister Cup Race, to be held on March 14, 2020 at Cranmore Mountain Resort in North Conway, NH, will host members of the New England Chapter of National Association of the 10th Mountain Division, to which a number of descendants of World War II troops belong. As in previous events, a combined color guard—ski team from the Army Mountain Warfare School in Jericho, Vermont, now an associated unit of the 10th Mountain, will kick off the opening ceremony of the event by raising the national and 10th colors.

Seventy five years ago in the winter and spring of 1945, the 10th Mountain Division was in the midst of their intensive months of combat in the Italian theater. Beginning with the risky night assault on Riva Ridge on the night of February 18-19 by the 86th Mountain Infantry, through the final push to the northern end of Lake Garda in late April, the division, with 19,780 troops, suffered casualties of 975 killed in action and 3,893 wounded. 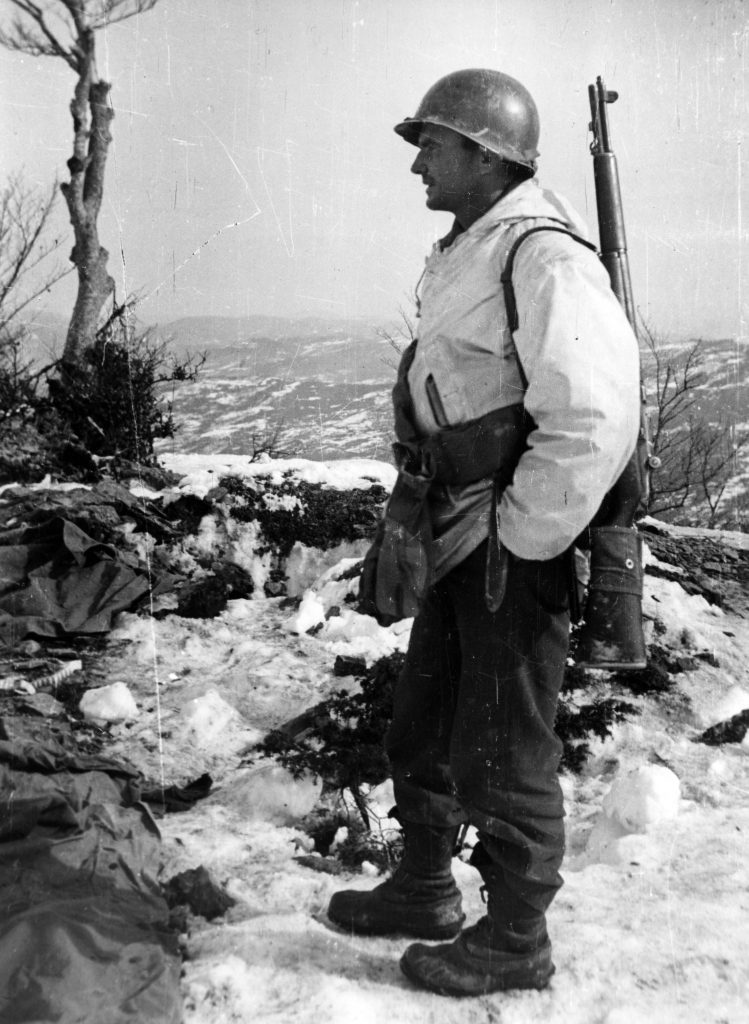 Peter Guimond of the 86th Mountain Infantry on Riva Ridge in February 1945. After the war, Guimond directed the ski school at Ski Valley, RI for 15 years. Courtesy of the Denver Public Library, Western History Collection.

Most of those World War II combat veterans of the 10th Mountain are now gone. Fred Hartwell of the 86th and 10th Recon, the last of the many 10th soldiers who taught at the Cranmore Ski School, passed away in January, 2020.

Many of the veterans of the 10th played important roles in the postwar years in the development of skiing and outdoor recreation all over the U.S. In the Mount Washington Valley, 10th Mountain veterans influenced a variety of ski areas and organizations including Attitash, Black Mountain, Wildcat, Thorn Mountain, Storyland, Jackson XC, Limmer Boots, White Mountain National Bank (now Citizen’s Bank), and Mount Cranmore.

When the Hannes Schneider Meister Cup Race was first held in 1997, three 5-person teams of 10th veterans vied for the title of fastest 10th team. The last year in which a lone 10th veteran competed was 2017, when Dick Calvert of Wolfeboro, then aged 94, finished 138th in a field of 157. 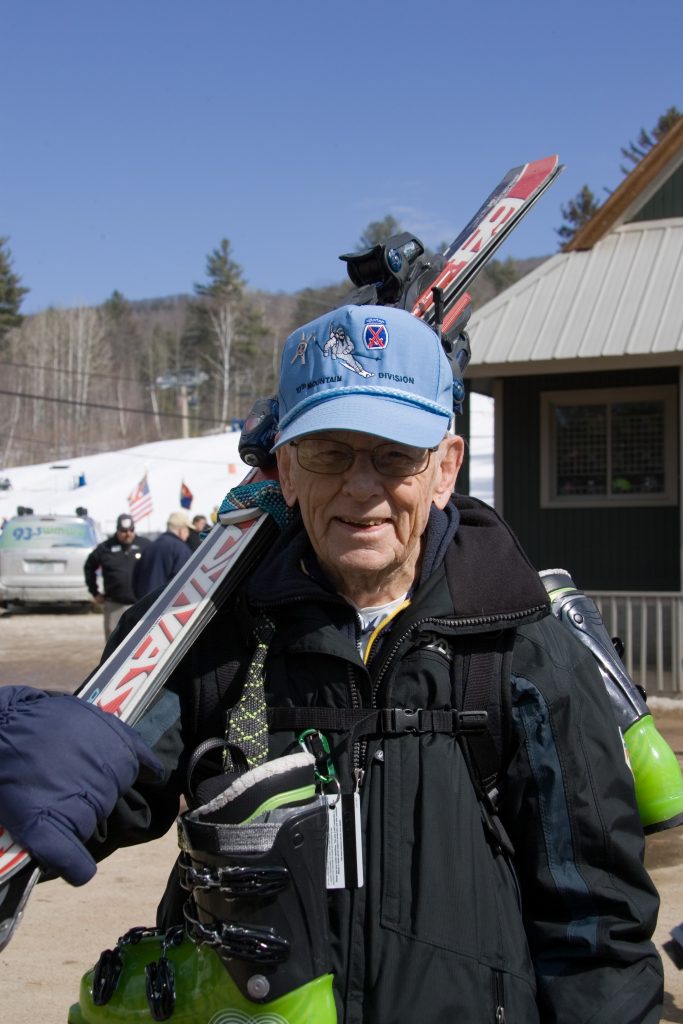 New Hampshire Governor Chris Sununu has been invited to the opening ceremony and indications are that he will be able to attend. He will be joined by a delegation of five from Hannes Schneider’s hometown, St. Anton am Arlberg, Austria, including the Mayor of St. Anton, Helmut Mall. The Mayor, a relative of one-time Cranmore ski instructor Edi Mall, will be accompanied by Josef Chodakowsky, president of the St. Anton tourist board and the Ski Club Arlberg; Martin Ebster, director of the tourist board; Peter Mall, secretary general of Interski; and Richard Walter, president of the Austrian Ski School Association (ÖSSV).

The opening ceremony of the Meistercup begins at 9:15 am on March 14, and there is no charge to attend. The public is cordially invited to the ceremony, and to view the race competition in person or on Cranmore’s pioneering video course monitoring system, to browse the silent auction, listen to the upbeat music of the Bavarian Brothers Band, view the vintage ski attire show at 2 pm, and watch the award ceremony at 3 pm.

For more information or to find a race entry form, visit www.meistercup.org.