Hannes Schneider, the founder of the Arlberg method of skiing and ski teaching which became the basis of the development of the mountain resort industry, was also the world’s first star of ski films.

The 24th annual Hannes Schneider Race, a ski race to benefit the New England Ski Museum scheduled at Cranmore Mountain Resort on March 14, 2020, is especially notable because 2020 falls a full century since Hannes Schneider first appeared in a ski film produced by German filmmaker Arnold Fanck, the first of a series that would make him famous throughout Europe and the world.

Registration is now open for the Hannes Schneider Meister Cup, a dual giant slalom format on low angle terrain that is suitable for all levels of skiers. Racers from 4 to 90 have taken part in the past, and the large number of age categories means many trophies are awarded. Entry forms and more information can be found on Meistercup.org. 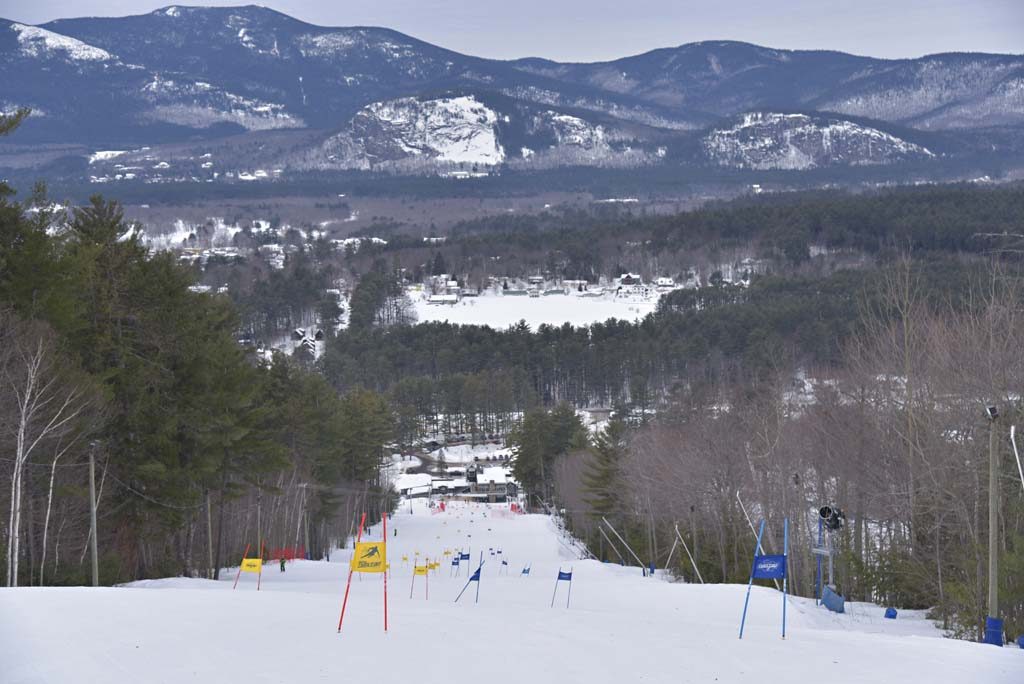 Arnold Fanck contacted Schneider in the winter of 1920, when Hannes’ ski school was just beginning to recover from World War I. In the spring, Hannes joined Fanck in on the Swiss glaciers near the Jungfrau as cameraman Sepp Allgeier filmed him in vast fields of untracked snow. Returning to St. Anton when the film was wrapped up, Hannes met his son Herbert, born on May 20, for the first time. Somewhat skeptical throughout the filming process, Hannes became a believer in the power of film when he attended the premier with Arnold Fanck in Freiberg, Germany in the fall of 1920. 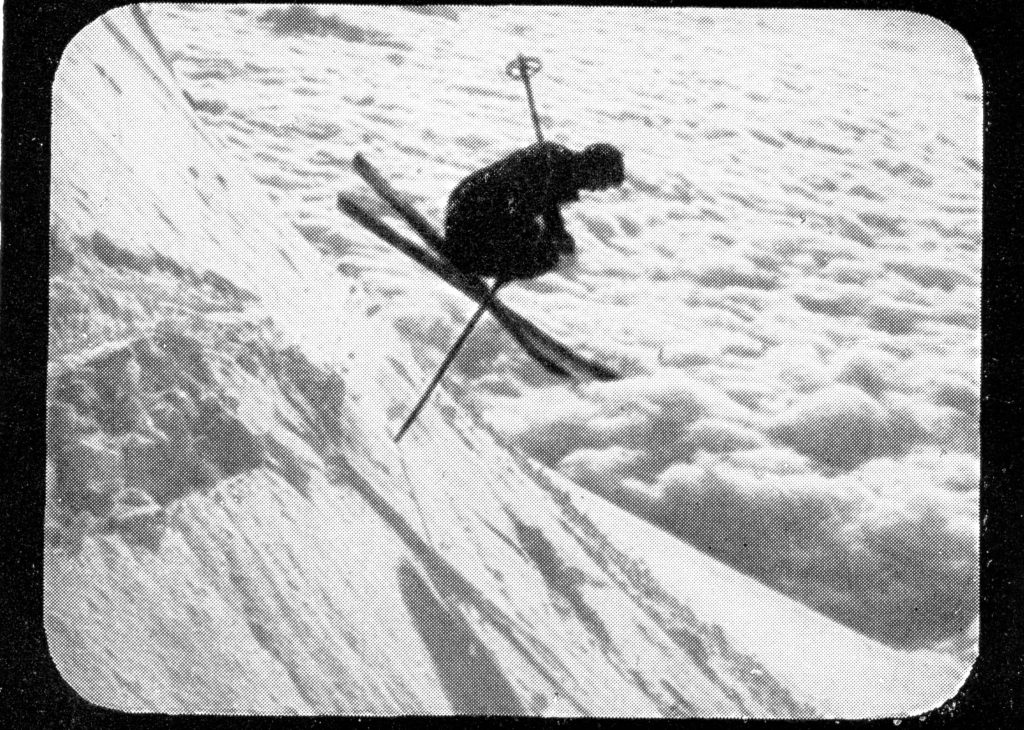 Hannes Schneider is shown in a jump turn above the cloud layer at about 12,000 feet on the Jungfrau in this frame, likely shot as part of The Wonder of the Ski during the spring of 1920.

Fanck was a devoted skier who first skied in the Black Forest of Germany around 1908. He struggled to find and refine a technique that would suit the high mountain terrain he favored, finally evolving a combination of a telemark and stem Christie. Seeing Hannes Schneider skiing in Davos with the Swiss expert Ed Capiti before World War I was a revelation for Fanck, and when the war was ended he wrote to Hannes and proposed that they work together.

The Wonder of the Ski, the first Fanck-Schneider collaboration, was followed by A Fox-hunt on skis through the Engadine, and these two films together with one by Sepp Allgeier provided the basis for the instructional book Wunder des Schneeschuhs  published by Fanck with a co-author credit to Schneider. Illustrated with clips from Allgeier’s slow motion films, the book was translated into English (and Japanese in an unauthorized edition) and became a classic source of instructional advice at a time when there were not yet many experienced ski instructors in the U.S.

Through Fanck’s ski films, Hannes Schneider became a household name in much of central Europe, and undoubtedly contributed to the outcry raised when he was detained by unfriendly Nazi party members in the wake of the 1938 Anschluss. Though the Fanck-Schneider ski films were not the first to be shot, they may have been the most influential of the early productions. A full century on, film remains the best medium for showing the grace and beauty of skiing, the vehicle used by the great filmmakers who came after Fanck such as John Jay, Warren Miller, Dick Barrymore, Roger Brown, Greg Stump and many more.