Each season the New England Ski Museum presents this award to the most promising male and female junior alpine racers in the Eastern US. The awards will be presented at a reception and location to be determined at a later date.

Zoe Zimmermann of Gilford, NH and Burke Mountain Academy set the tone for her 2019-2020 season when she won the back-to-back early season Open FIS Slaloms at Sunday River, ME in early December. The rest of her season was filled with success. Some of her most notable results from the 2019-2020 season include: several top-ten finishes at Nor-Ams (including two top-five finishes at the Nor-Am Parallel Slaloms at Craigleith, CAN and the National Winter Activity Center, New Jersey), top-five finishes at the Harvard and UVM Carnivals, and a fourth-place finish at the Junior Nationals Super-G at Snowbasin. Despite the shortened season, Zoe proved her skill and talent, and in March she was named to the Women’s 2021 Land Rover U.S. Alpine C-Team. 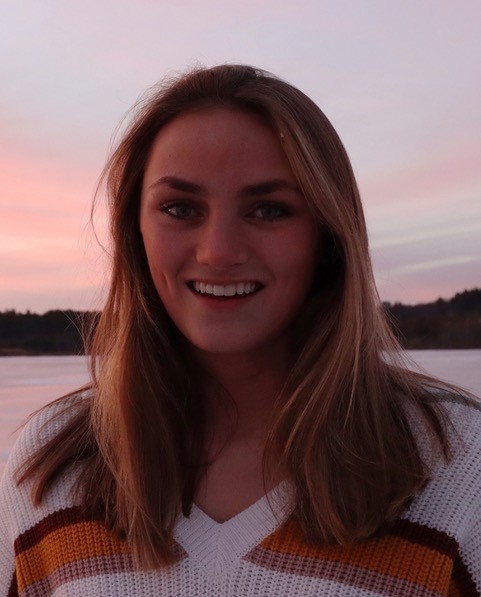 This Ben’s third Golden Ski Award. Ben Ritchie of Waitsfield, VT and Green Mountain Valley School started off the 2019-2020 season strong with a fourth-place finish at the Copper, CO Nor-Am Slaloms. A few weeks later, he placed in the top-five of back-to-back Nor-Am Slaloms in Nakiska, CAN, including a first-place finish in one of the two competitions. The following month, he won another Nor-Am at Stowe, VT, and later went on to earn several more podium finishes on the Nor-Am circuit, as well as two World Cup Slalom starts in Austria and Switzerland. In March, Ben was renamed to the Men’s 2021 Land Rover U.S. Alpine B-Team for the second year in a row.

The Golden Ski Award has been presented to the top junior male and female skiers in the East since 1969, the year after the modern World Cup circuit started. Many of the Golden Ski winners have gone on to World Cup and Olympic gold as well. In 1975, the Golden Ski was “lost.” In 2007, the New England Ski Museum was given some artifacts, and in that donation was the original Golden Ski. ESWA revitalized the honor, “The Golden Ski Award is the oldest honor given to junior alpine ski racers that exists today,” says Jim Gregory, Chair, of the New England Ski Museum’s Golden Ski Award Committee. “We are proud this year to honor Zoe Zimmermann and three time winner, Ben Ritchie, two extraordinary athletes. We look forward to watching them pursue their goals and set the bar even higher in the sport we all love so much.”