On March 8, 2020 the New England Ski Museum will hold its 10th Nordic Marathon at the Bretton Woods Nordic Center of the Omni Mount Washington Resort. The 42 kilometer event is part of the New England Nordic Ski Association’s sanctioned marathon series, with a 21 kilometer half marathon an alternative to the full distance. Details and a link to registration can be found on skireg.com.

The event is a classic format race held on a 21 kilometer loop of the resort’s extensive trail network. The start is overlooked by the majestic Omni Mount Washington Hotel, and racers face the rugged mass of Mount Washington and the Presidential Range as they prepare for the mass start. Entrants register as racers or tourers in either the full or half marathon. All registered racers are automatically invited to a post-race banquet in the hotel’s elegant Presidential Ballroom, and their guests and team associates may also attend with the purchase of a $20 meal ticket at the door. 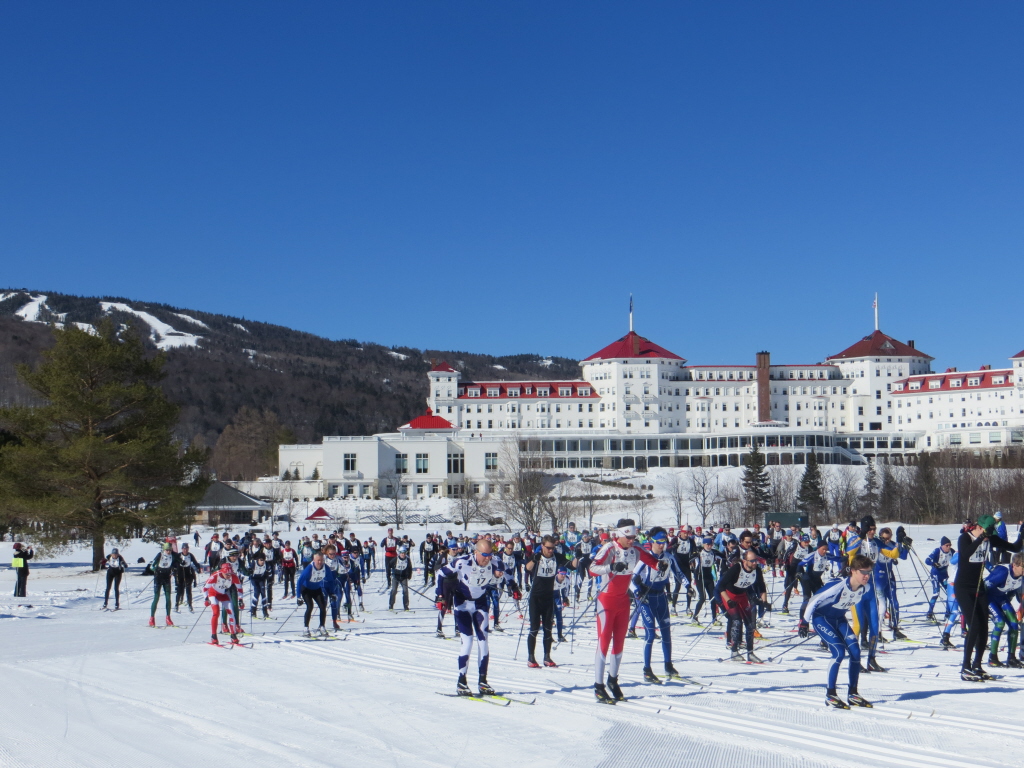 The scene at the 2013 Bretton Woods Nordic Marathon.

The first Nordic marathon on record was held 132 years ago on February 7, 1888 at Huseby, Norway, near Oslo. In that long-ago race, local media reported that skiers were “thinly clad in knitwear jerseys and ditto trousers”, and used two ski poles rather than one longer stick, two important departures from past practice that are still with us today. Torjus Hemmestveit won the 1888 marathon in a time of nearly 4 ½ hours.

The museum’s Bretton Woods Nordic Marathon was first raced in 2009, and held continuously save for 2016 and 2017 when low snow conditions forced cancellation. Some 2,250 racers and tourers have taken part in the first nine years, and more than $164,000 has been raised to benefit the nonprofit ski museum by the event. 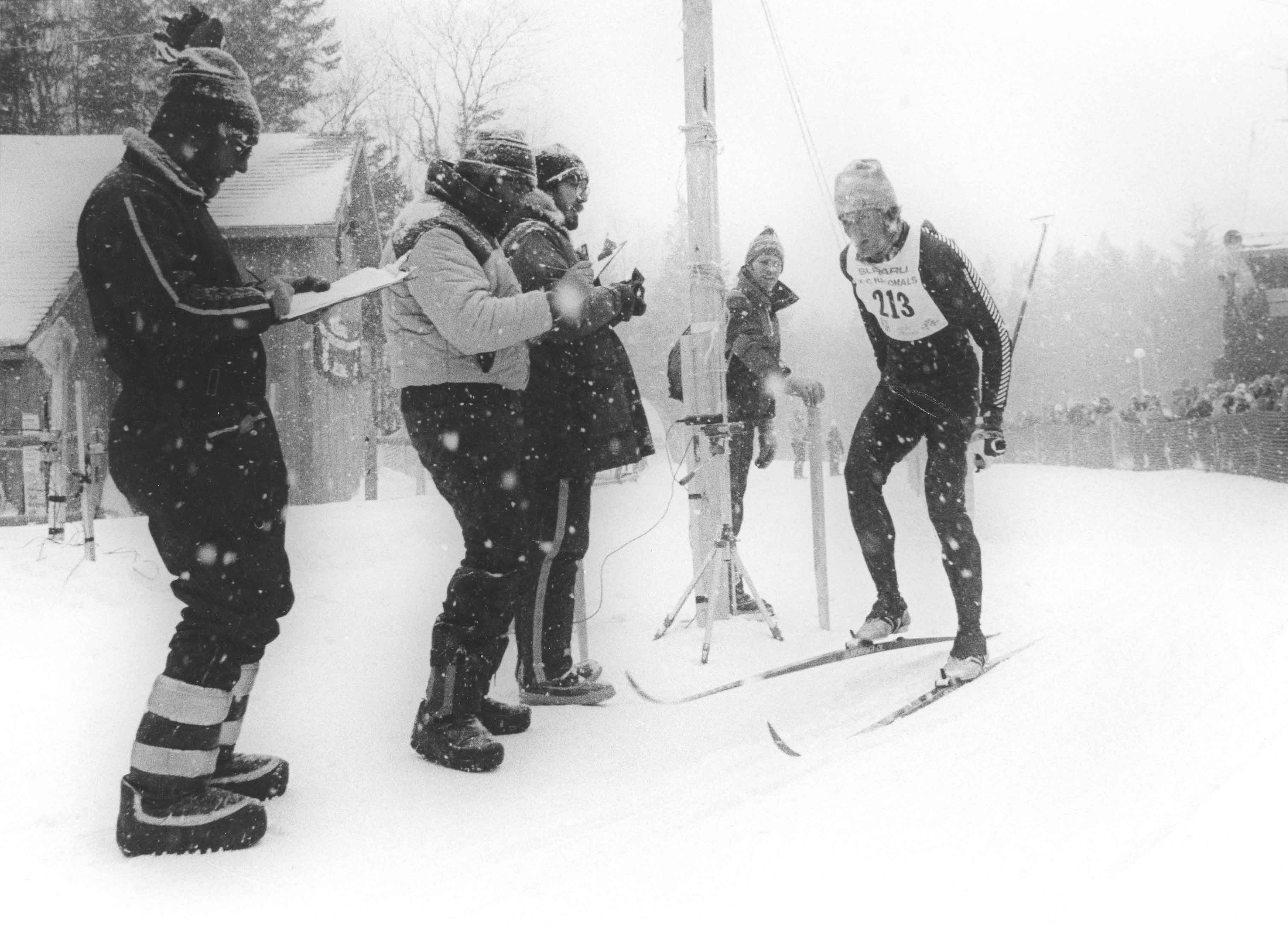 The Bretton Woods Nordic Center has a long history of hosting cross-country events, and in 1982 the USSA National Championships were held there. Bill Koch (15 km), Stan Dunklee (30 km), and Tim Caldwell (50 km) took honors in the men’s events, while Lynn Spencer Galanes swept all three events, the 5 km, 10km and 20 km, for the women. The resort’s Geschmossel race dates to 1973, and is one of the longest-running citizens’ races in the region.

The New England Ski Museum is a member supported nonprofit organization with members in 36 states and 11 countries. It maintains two museums, in Franconia Notch State Park and North Conway, both in New Hampshire. For more information on the Bretton Woods Nordic Marathon contact staff@skimuseum.org or call the Franconia museum at 800-639-4181.